Completed the repair to the attach hole that I blew out last week. The fiberglass and micro cured up nicely. I sanded it flush, re-drilled and countersunk the holes, and riveted the nut plate on.

The molex connectors that I ordered from McMaster arrived so I inserted the pins and bundled the wires with wire ties. 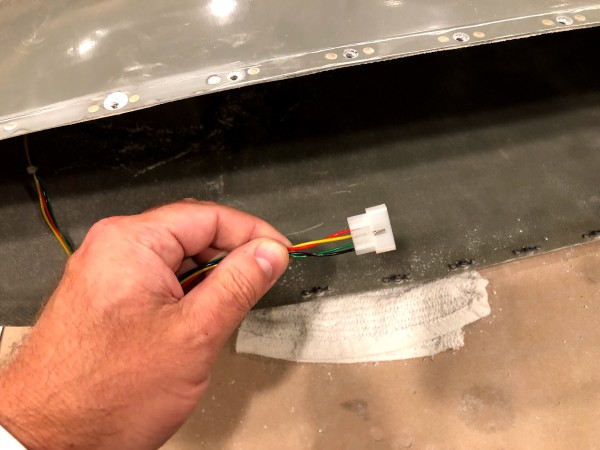 This completes construction of the wings! Very excited to move on to the fuselage.

Thought I was finally at th end of the wings… but ran into another snag. When I was countersinking the screw holes in the tip, I hit a thin spot in the fiberglass and the countersink caught and made a giant hole. So I made a fiberglass patch. I’ll fill in the other side with some micro once the patch sets up. Then I can install the final nut plate and be done with the wings!

Traveling this week. So I will begin work on the fuselage next weekend.

Laid out the cut the left and right wing tips. I made over-ran on of the cuts by an inch or so on the left wing. So I did a little patch and fill with some fiberglass and micro and set it aside to cure. Then continued work on the right wingtip. 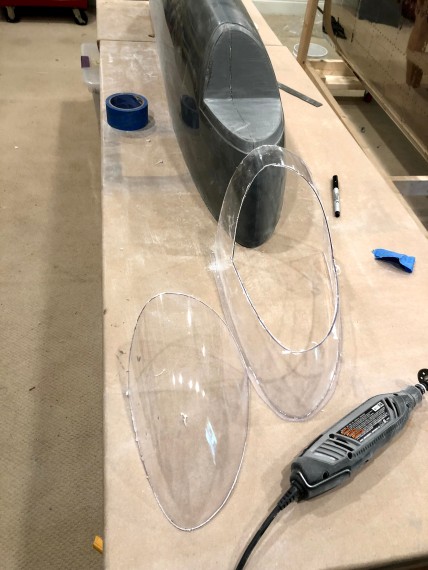 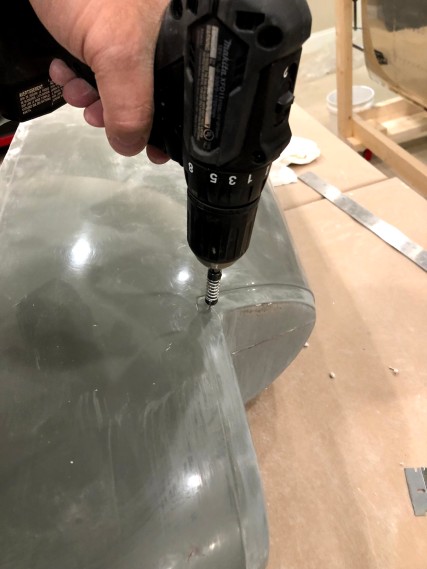 Installed the nav/strobe light. Used the template from the plans to drill the wingtip. Terminated the wires with Molex .062 pins. Unfortunately Vans provided a 4-pin molex housing instead of the 5-pin one that matches the wiring harness in the wing. <sigh> Now I get to pay $10 in shipping for two $1 moles housings. Mounted the bracket and installed the light. Tested it out with a 9-volt. That sucker is bright! 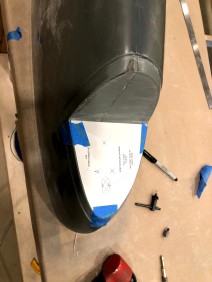 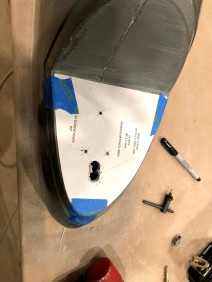 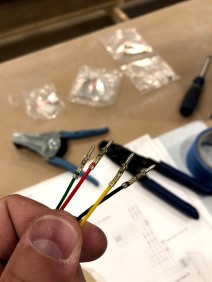 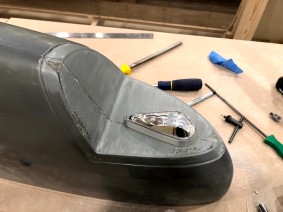 Fit the wingtip to the wing and set it in place with a ratchet strap. Match drilled the holes from the wing skins to the wingtip. Final drilled and dimpled the holes in the wing for #6 screws. Final drilled the screw holes in the wing tip and then used a nut plate, a screw, and a cleco as a drill jig to drill the nut plate attach holes. Machine countersunk the screw and rivet holes and riveted the nut plates in place. 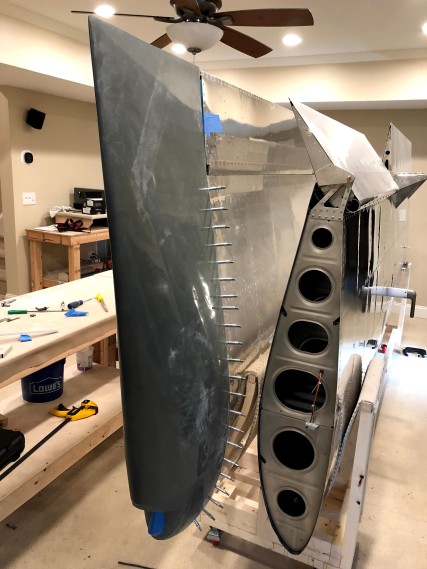 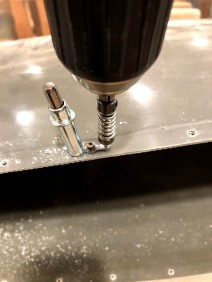 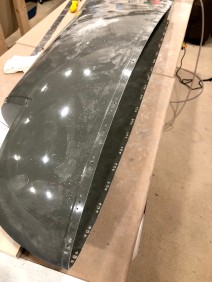 Fit the wing tip rib to the wingtip. Laid out and match drilled rivet holes. Riveted the rib in place. 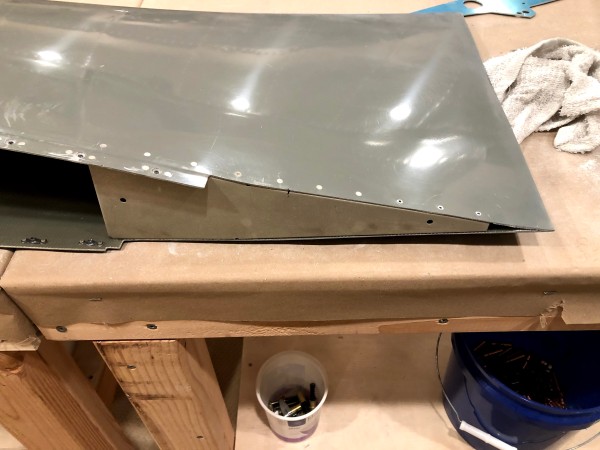 I finished inventorying and stowing parts from the fuselage kit and avionics.

Crimped the pins onto the aileron trim wires, added a heat shrink tube, and inserted them into the molex connector. 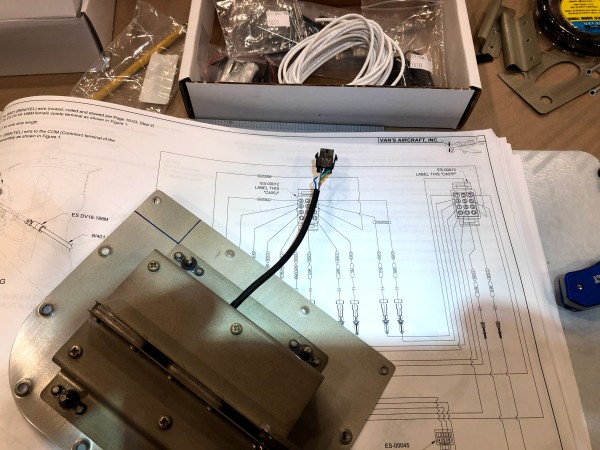 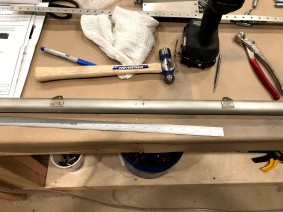 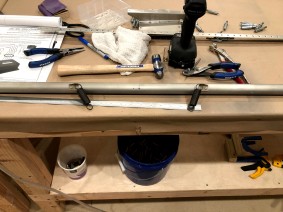 I clecoed the inboard bottom skins in place on the wings. Ready to rivet. 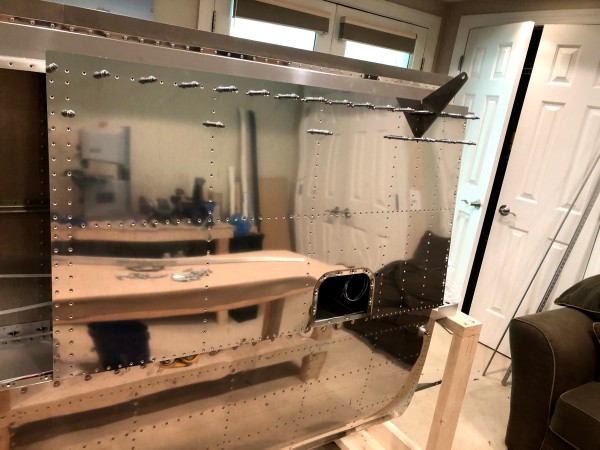 The ground (black) wire attached to the C401J connector that came with the wiring harness in the kit was too short to route through the outboard rib and spar to the landing light. It was originally intended to be grounded to the rib. The instructions for the AeroLED landing lights recommends bonding it to the ground for the landing light which is routed back to the fuselage in order to prevent radio interference. So I removed the black wire along with its molex socket from the C401J molex connector. I ordered new sockets from Mouser and they arrived today. So I cut some lengths of 18 gauge wire and crimped the new sockets on. 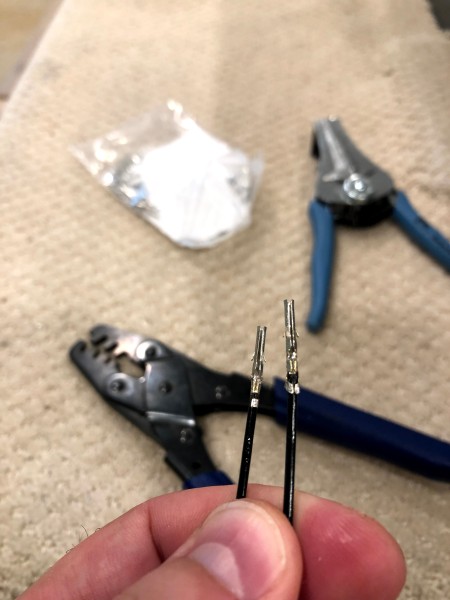 Inserted the pin back into the connector and routed the wire.

Crimped on the the ring terminals. 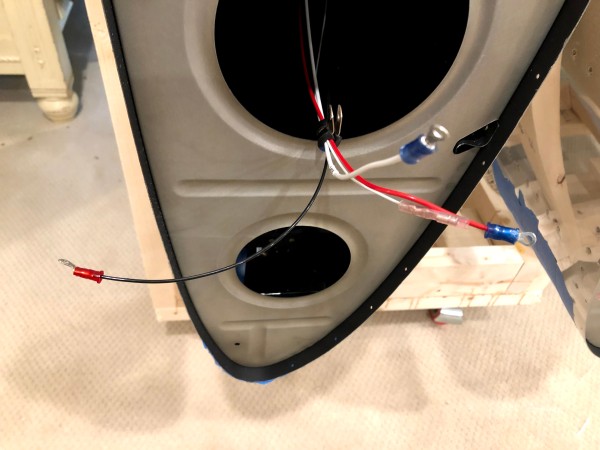 Ran the wires through the adel clamp and connected to the terminals on the landing light. Wire tied everything to keep it neat and tight.

Wired the right wing for the nav, strobe, and landing lights. Also ran the wires for the autopilot servo. 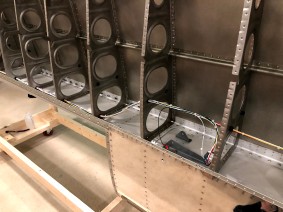 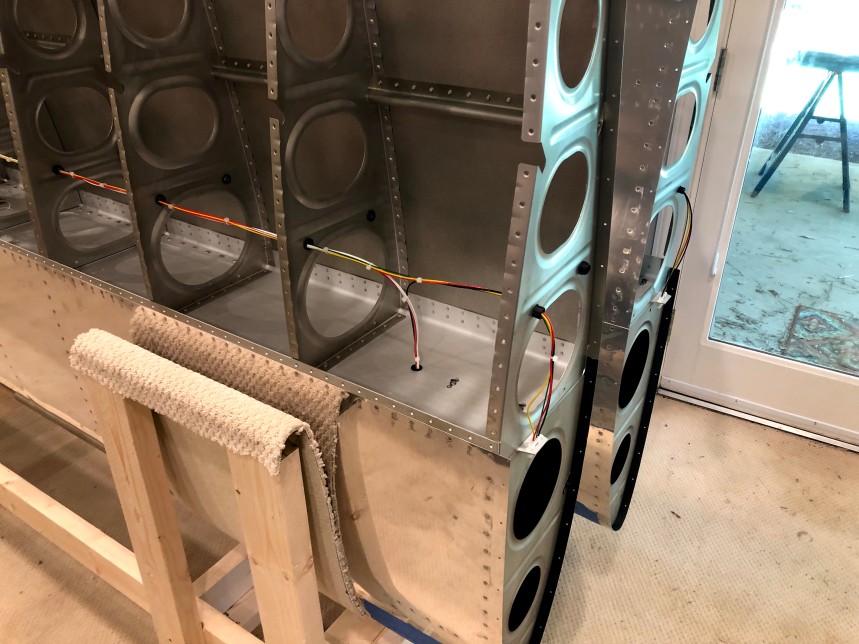 In the left wing I ran the wiring for the nav, strobe, and landing lights. I also ran the wiring for the ADAHRS and the plastic line for the pitot tube. Decided to drill a couple of extra routing hole in order to mount the pitot tube outboard of the aileron bellcrank in order to avoid interference with the aileron push tube. I omitted the wire for the stall warning system since I didn’t install it in the leading edge. The Garmin system has an AOA sensor as part of the pitot system. So no need. 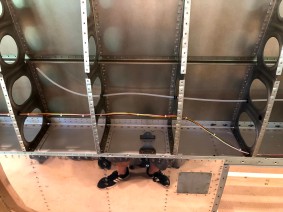 As much as I enjoyed looking at the aft fuselage with the tail feathers attached progress must continue! I remove the rudder, elevator, vertical stabilizer and horizontal stabilizer. I trimmed and fitted the elevator and rudder tips using a Dremel with a diamond cutting wheel, files and 60 grit sand paper. 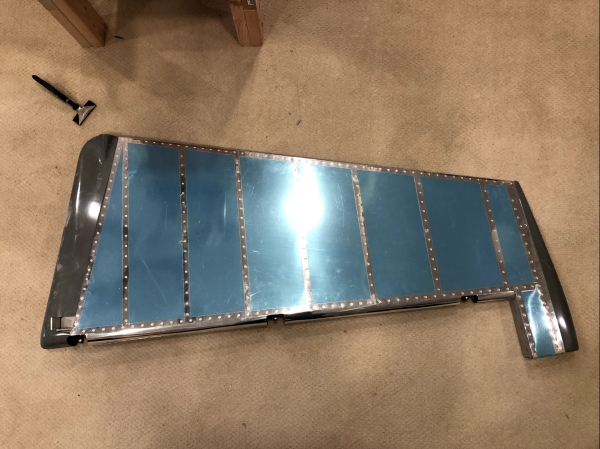 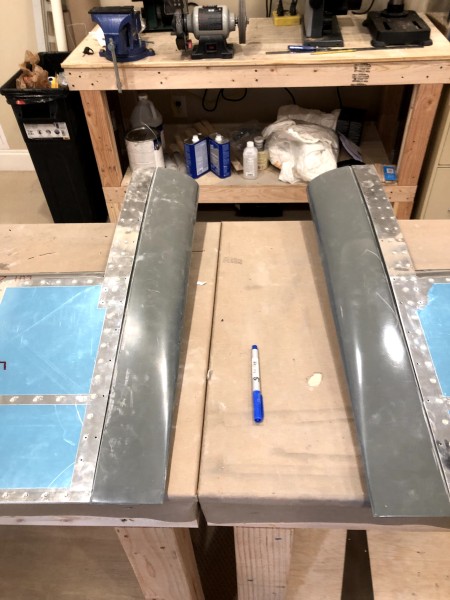 I also received the molex pins I ordered from Mouser so I fixed the wire I accidentally yanked out of the aft wiring harness molex connector. 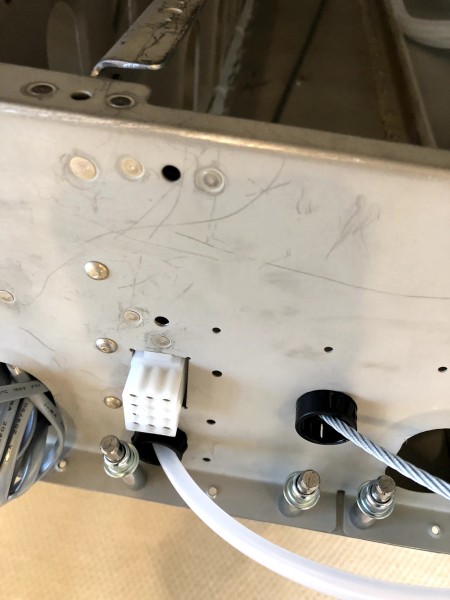 Tomorrow Jared will teach me how to fiberglass and we’ll close out the VS and HS tips. I’ll need to drill, dimple, countersink and rivet/screw the rudder and elevator tips as well.