Worked on both left and right flaps simultaneously; performing each step on one then the other. Riveted the top skins and nose skins to the spars and then to the ribs. I back riveted the aft-most two holes in each rib. 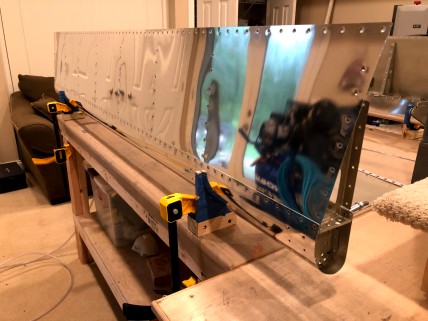 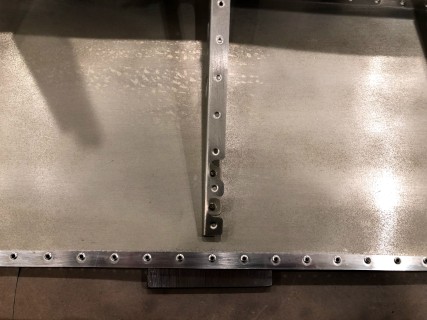 Clecoed then riveted the bottom skins and nose skins to the spars. I had to stick my arm down between the skins, slightly pulling back the bottom skin to be able to back these rivets. Glad I deburred well. My arms were pretty well scraped by the end of this step. 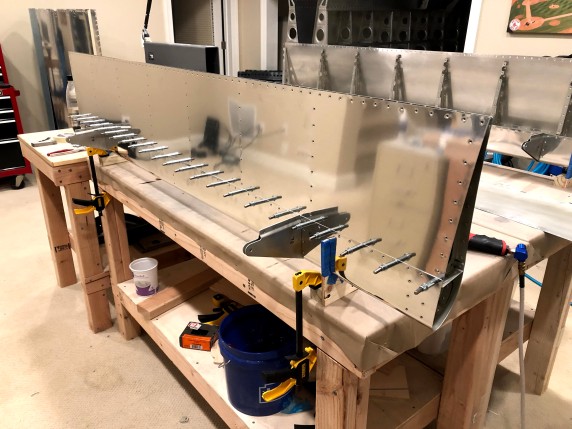 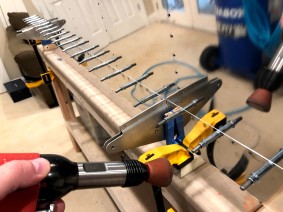 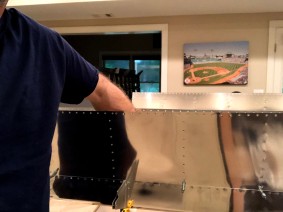 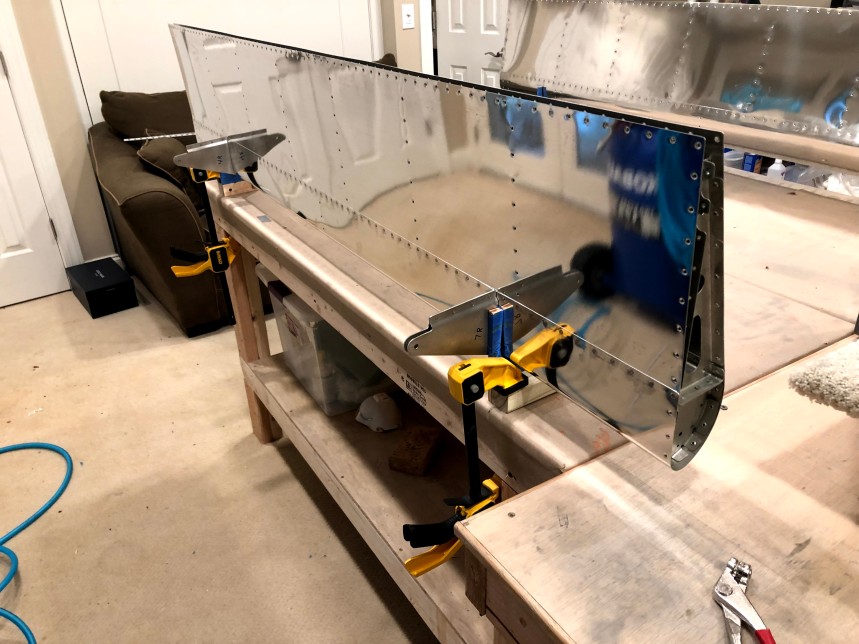 Final drilled #33 and blind riveted the nose skins to the nose ribs. 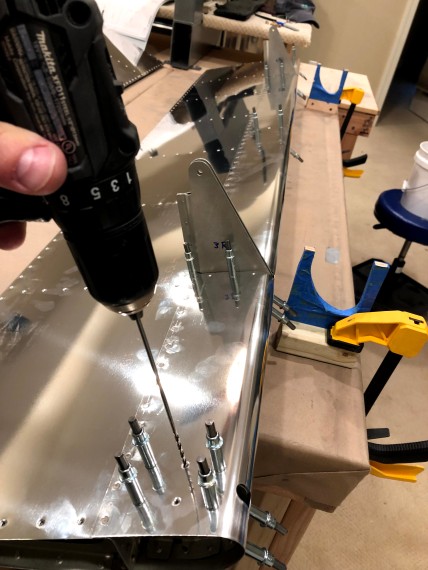 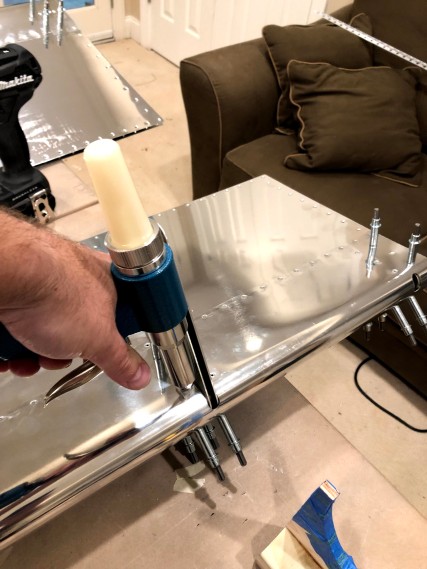 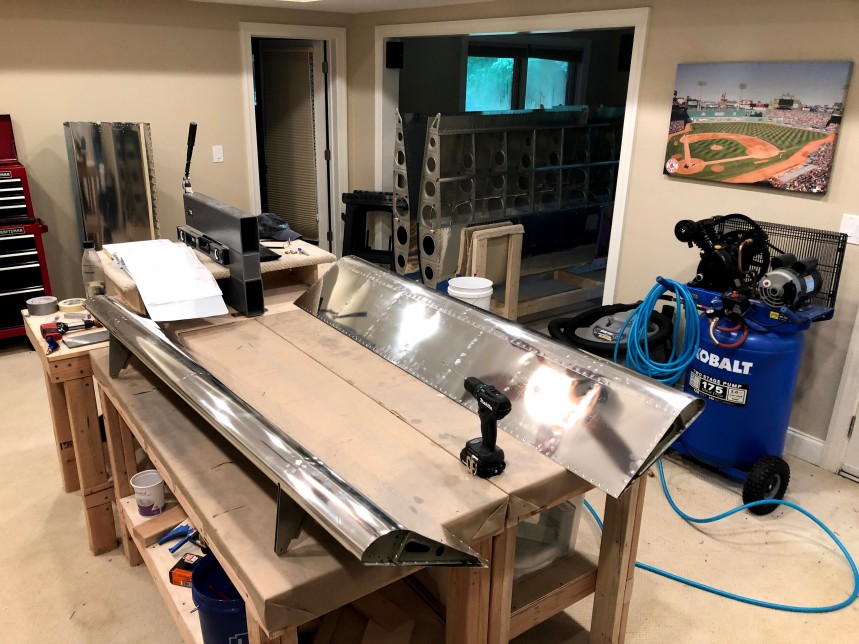 Applied 3M double-sided VHB tape to the trailing edge extrusions. I clecoed the extrusions in place in the left wing, removing the bottom backing from the tape as I went. I let the VHB adhesive set up for an hour or so and remove the top backing form the tape; removing and replacing clecos as I went. 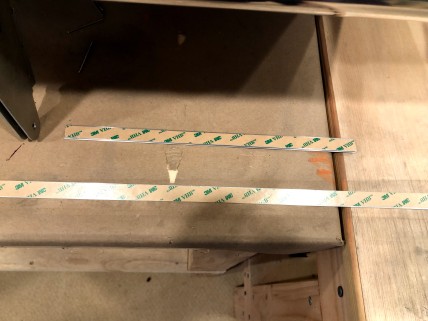 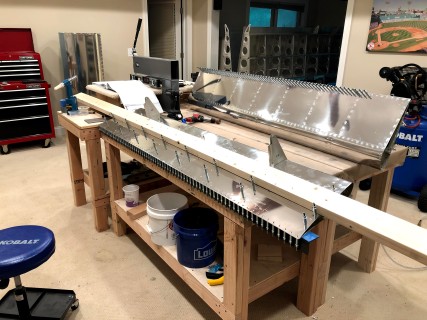 I let the top tape set up for a couple of hours. I clecoed and taped the trailing edge into the right wing at this point and moved on to riveting the left wing while the bottom tape set up.

I used the squeezer to just barely set rivets in the trailing edge. Then used a mushroom set in the gun with a back rivet plate to fully set the back of the double flush rivets. 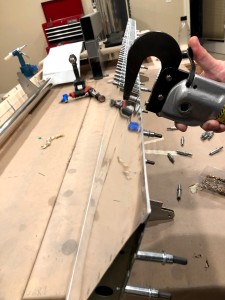 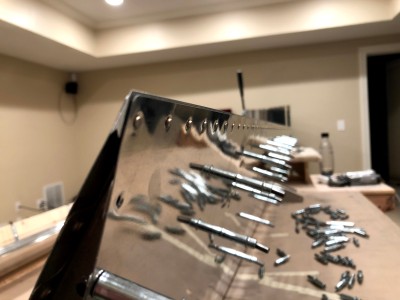 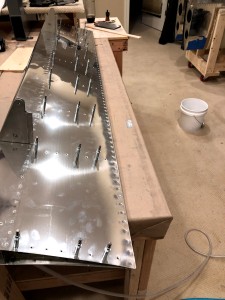 I final drilled #33 all the bottom skin/rib holes and blind riveted. I used the squeezer to set solid rivets in the inboard and outboard end ribs. I installed the rod end for the flap actuator. Left wing done! 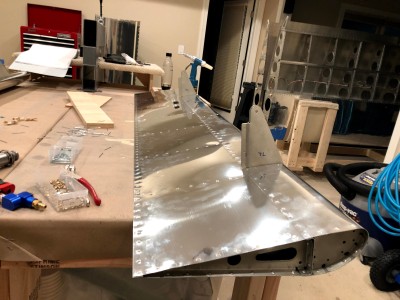 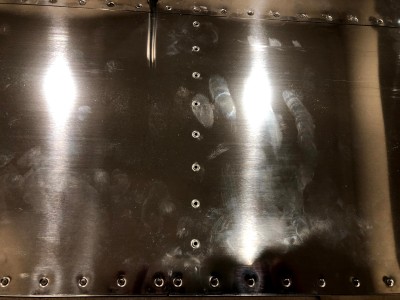 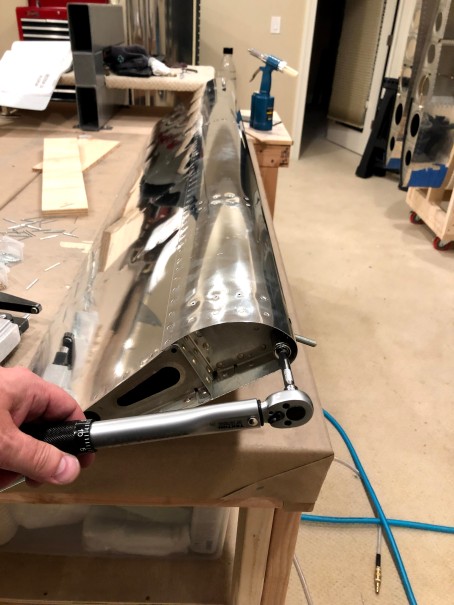 I removed the backing form the top tape on the right trailing edge. I’ll finish the right flap up in the morning. 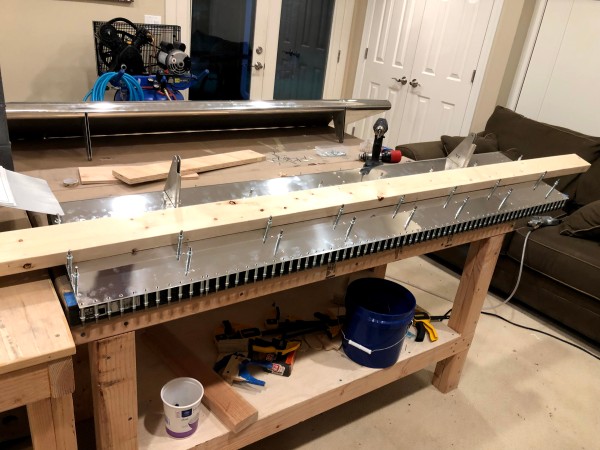