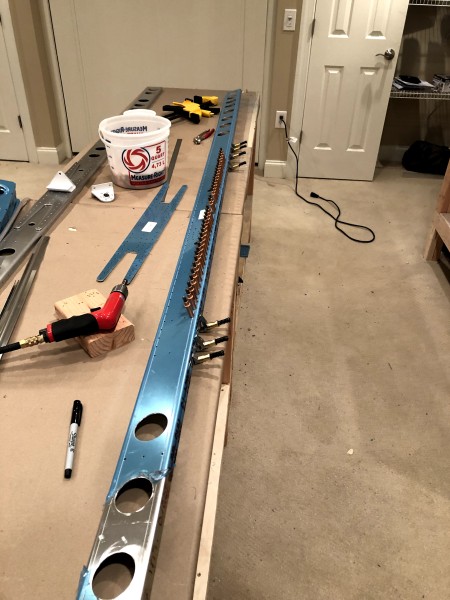 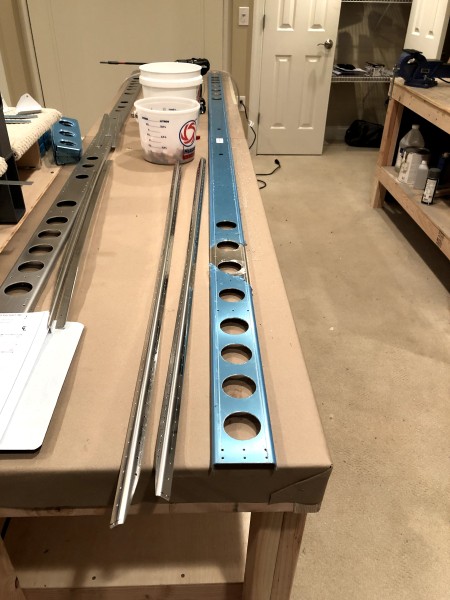 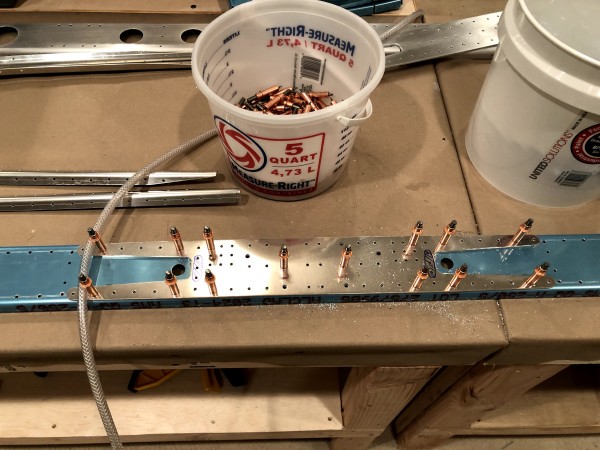 Countersunk twelve of the holes on the doubler. 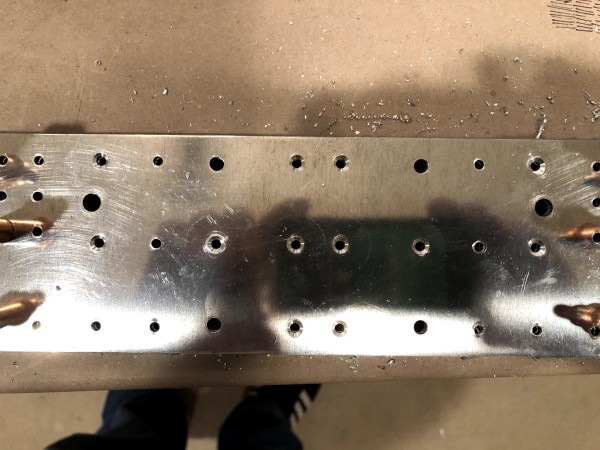 And here are all the front spar parts ready for scuff and prime. 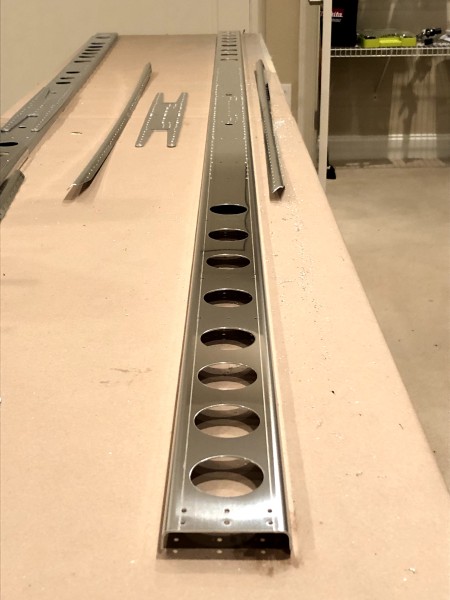